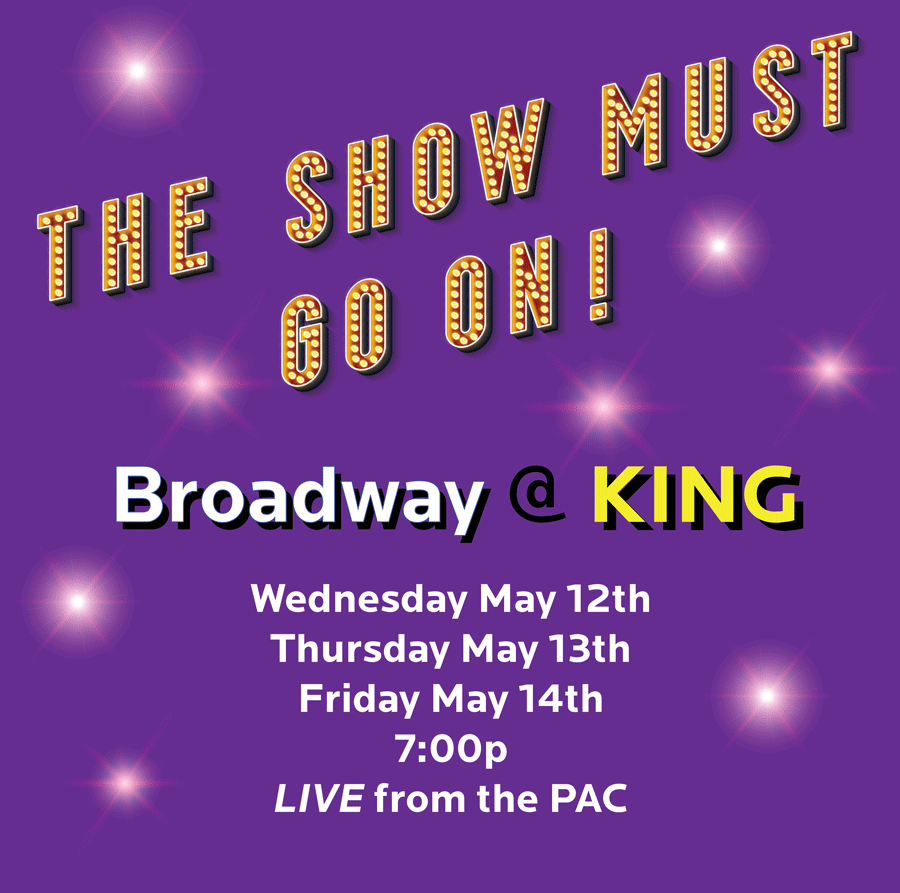 The Show Must Go On!

Join us for exciting broadway performances for "The Show Must Go On!" The show will be live-streamed on May 12-14 starting at 7:00 p.m.

Each night there will be a different set of scenes and songs from Broadway musicals, performed by 30 of King's very-own middle school students. The live stream will be a combination of pre-recorded songs with choreography and live performances of scenes, solos and duets.

King is an enthusiastic El Sistema member. El Sistema is a publicly financed, voluntary sector, music-education program, founded in Venezuela in 1975 by Venezuelan educator, musician, and activist José Antonio Abreu. It later adopted the motto "Music for Social Change." El Sistema-inspired programs provide what the International Journal of Applied Psychoanalytic Studies describes as "free classical music education that promotes human opportunity and development for impoverished children." By 2015, according to official figures, El Sistema included more than 400 music centers and 700,000 young musicians. The original program in Venezuela involves four after-school hours of musical training and rehearsal each week, plus additional work on the weekends. Most El Sistema-inspired programs in the United States provide seven or more hours of instruction per week, as well as free use of an instrument. 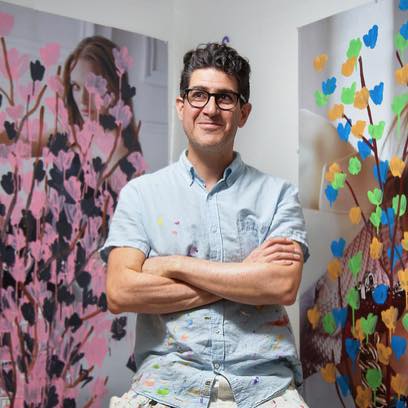 Michael De Feo is an American artist based in New York City. He is best known for his floral paintings and street art which deal with themes of ephemerality, growth, the cycle of life and the coupling of beauty with the universality of death. De Feo's penchant for flowers have earned him the nickname, "The Flower Guy." His work shows a wide range of influences, including Dutch 17th century still life painting, fashion magazines, and fashion advertising campaigns. He often ads his floral treatments and cascades of multicolored petals to existing printed images from the fashion world and art history/traditional art, which both subverts and celebrates the underlying image. "De Feo's work," Wonderland magazine has written, "contains all the necessary components to make it well and truly groundbreaking."

Emil Rath, who wrote at length about this emerging artform at the time stated, "Music and rhythmic bodily movement are twin sisters of art, as they have come into existence simultaneously...today we see in the artistic work of Isadora Duncan, Maud Allan, and others the use of a form of dancing which strives to portray in movements what the music master expresses in his compositions—interpretative dancing."